“Imagination has no limitations, it can be far and beyond”. Best Science fiction books are a great example of this. It doesn’t only get the readers stuck in its compelling story but also takes them away far beyond the boundaries of our limited world. It lets you explore the infinite wonders of the universe and experience inexhaustible thrills and chills. Indeed, it lets you fly over an endless fantasy, in a technologically transformed futuristic world. A world that is far distant from exhaustible life on earth. While you are relaxing on your favourite chair and letting your mind feel such an exhilarating experience.

Best science fiction books are the fictional wonders created to rule over the readers’ mind. Of course, most colorful and expansive realms of universe that let you embark an epic adventure. While sitting in warm sunlight, floating in a pool under the colossal blue sky, or slowly swaying inside the train or bus.

Best Sci-Fi books are basically a depiction of the science’s phenomenon and pretty much possible in the future. The robot, alien world, time travel, spacecraft, and even mass invasion seem to be possible in the near future. This very possibility gives a glimmer of hope to the readers along with the excitement, thrills, love, and romance they feel in the story. It is something like how far humankind can go creating fiction that lets the readers dream big.

Sci-Fi novels do not only revolve around technology but also whirls around psychology, anthropology, and sociology. In fact, it is a fantasy created in the most realistic way. In addition, it is the blend of philosophy, religion, and culture that add more taste in reading. Technically, its story encircled over technological advancement and cultural shifts. And also, the transformation effects are beautifully represented into that. The Night Circus is a fantasy novel by Erin Morgenstern released in 2011. She initially wrote the book as an entry for the annual writing competition: National Novel Writing Month. The novel describes a non-linear writing pattern, written from multiple-viewpoints. The Night Circus was nominated for the ‘Guardian First Book Award’ in 2011. It won … 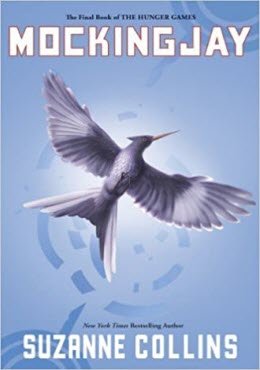 Mockingjay by Suzanne Collins is the third book of the series Hunger Games. I’m going to say that this might not be a fair review for Mockingjay, the third book in The Hunger Games trilogy. It took me five months to finish reading this book. :p There are several reasons that hindered me from finishing the … 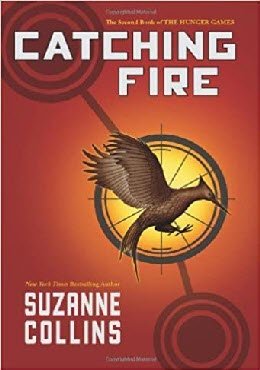 So, the Catching Fire by Suzanne Collins is a continuation of The Hunger Games. Katniss Everdeen and Peeta Mellark of District 12 of the nation of Panem have won the 74th Hunger Games. They must now keep up the act like a loving couple to prove to the other districts and also the snake-like President Snow …